A short film about affordable housing

CAP alumni Matthew Krick (MArch 2015), and Jenny Oreamuno (MArch 2013), both now at Shears Adkins Rockmore, made a short film about affordable housing in Denver that was one of the finalists in the 2017 AIA “I Look Up” Film Challenge. Click on this link to view their video about making more affordable homes in Denver and safer, cleaner alleys by allowing ADUs. ADUs (Additional Dwelling Units), also known as Alley Flats and Carriage Homes, are legal in many other cities across America and even here in Colorado. However, in Denver, our zoning code only allows 10% of the city to build ADUs. This video aims to gain awareness for this housing typology and to incorporate ADUs into the next round of zoning amendments. If ADUs were allowed city-wide they could add over 50,000 new affordable homes for families in need. 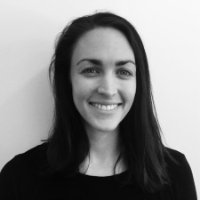 Kate Bolton (MLA 2017) presented a paper “Water as a Transformative Lens for Post-Mining Landscapes” at the American Association of Geographers annual conference April 5-9, 2017, in Boston. Her presentation was based on her research for her master’s thesis “Making Sense: Experience and Transformation in Post-Mining Landscapes.” Her thesis, chaired by Associate Professor Joern Langhorst, investigated post-mining landscapes and their potential roles in re-imagining landscape responses including but not limited to: restoration, reclamation, and recovery to address the momentous cultural, economic and ecological issues related to radically altered landscapes. 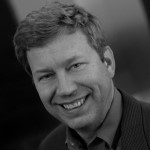 Don Dethlefs, FAIA (ENVD 1977, MArch 1979) is one of five Colorado architects named to the American Institute of Architects (AIA) College of Fellows for 2017. He is the Chief Executive Officer of Sink Combs Dethlefs. Don is known for his work on sports, event, entertainment and arena facilities. He has been responsible for innovative concepts such as including ADA considerations in these facilities before the current codes were in place, specialty seating concepts such as loge suites, and developing collegiate arenas as community-centric buildings. In April of 2016, Don was one of 50 individuals recognized as the most influential national leaders in sports facility design and construction by the Sports Business Journal. He has been a part of more than three-dozen AIA Design Award-winning projects. Election to the AIA's College of Fellows is one of the highest individual honors the Institute bestows on members, acknowledging those architects who have made an extraordinary contribution to the profession and to society. This year, 178 architects from across the country were elevated to Fellows. Read more on the AIA Colorado website.

According to Kevin, “I was drawn to AECOM by the opportunity to tackle very complex problems relating to the built environment. Our vast multidisciplinary nature gives us the capabilities to drastically improve how this environment influences society, health and happiness. To me, that is very exciting.” 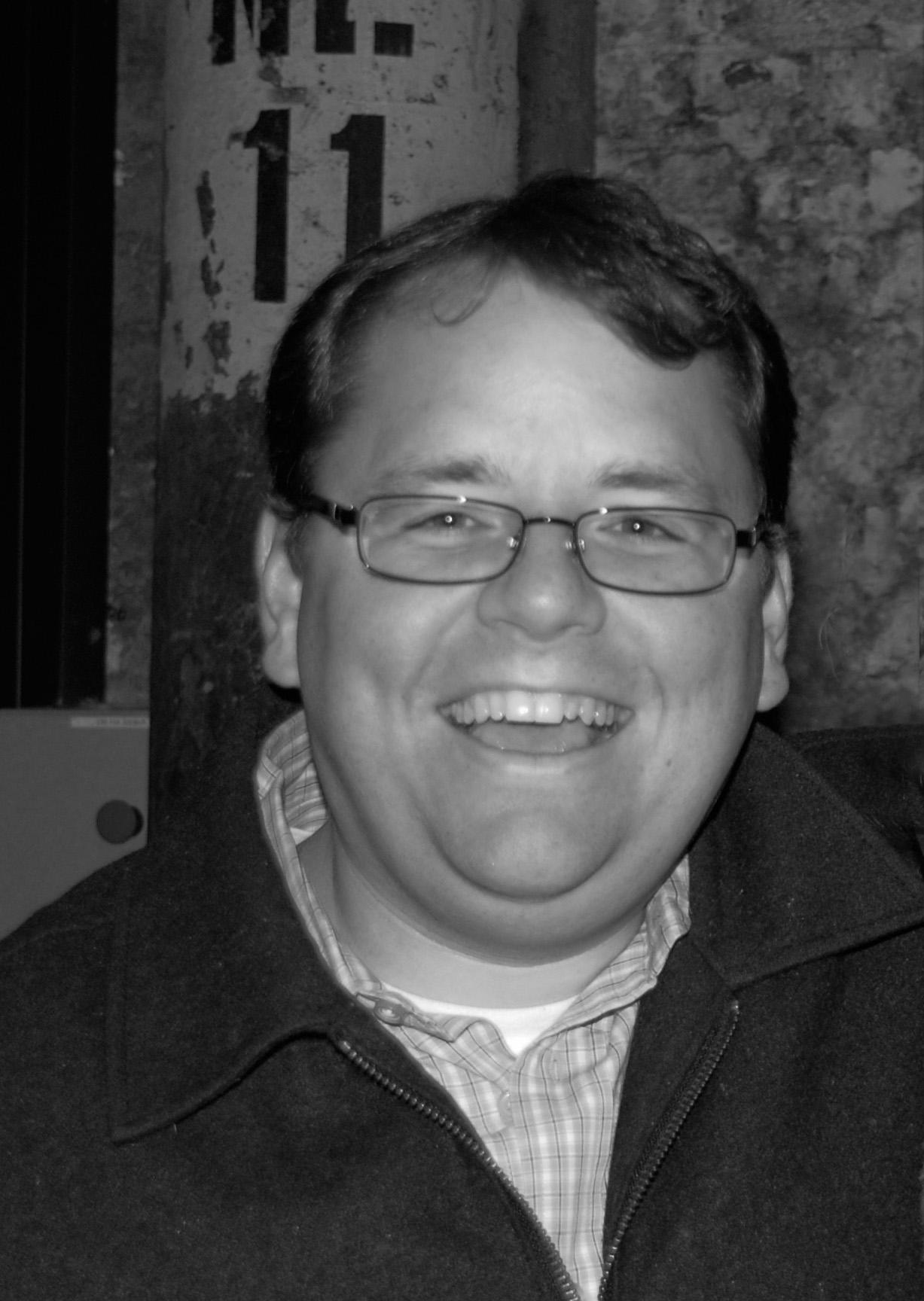 Scott Lawrence (MArch 2009) has taken a tenure-track position as assistant professor of architecture at the University of Idaho, starting in Fall 2017. In addition to his MArch from CAP, Scott holds a Bachelor of Environmental Design from the University of Colorado Boulder. He is a founding partner of the architecture practice Nguyen Lawrence, and co-founder of the not-for-profit educational organization Immersion Workshop. His academic research is focused on critical questions surrounding the context(s) of architecture.As a Lecturer at CU from 2009-17, Scott developed and taught architecture studios and design communication seminars across the undergraduate and graduate level curricula. In 2013, he organized and co-taught the Colorado Master Class and Advanced Design Studio (with Rick Joy, Peter Stutchbury, Richard Leplastrier, Kevin Nguyen, and Rick Sommerfeld), a collaboration among Immersion Workshop, Architecture Foundation Australia, and CU Denver Architecture. In 2015, he co-taught a design-build studio (with JD Signom and Colorado Building Workshop Director Rick Sommerfeld) in which 28 students designed and built 14 staff micro-cabins for the Colorado Outward Bound School. He served as an adjunct member on a number of architecture department committees and taskforces, and well as at the state and national level as a juror for scholarships and professional awards. Best wishes, Scott! 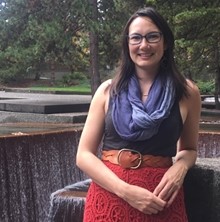 Catharine McCord (MLA 2017), an adult program coordinator with the Denver Botanic Gardens, designed a sensory garden for the Sewall Child Development Center and REACH Charter Elementary School campus, as part of her thesis under the direction of Assistant Professor of Landscape Architecture Jody Beck in spring 2017. She helped write the grant and present the proposal to the board of the Colorado Garden Foundation for the $75,000 grant it awarded to construct the sensory garden on a currently underutilized portion of Sewall’s lot at 940 Fillmore Street. The garden was planted on October 15, 2017, and has garnered great media attention. Read the article in The Denver Post, “Congress Park school gets a sensory garden in Denver,” and watch Jody in the video “Denver sensory garden planted to help special needs kids” on 9News on October 15.

Catherine was named one of six National Olmsted Scholar Finalists by the Landscape Architecture Foundation (LAF). This is the premier national award and recognition program for landscape architecture students. Catharine received $1,000 and was formally recognized with a certificate ceremony at the Olmsted Scholar Luncheon and the LAF Annual Benefit held in conjunction with the ASLA Annual Meeting in Los Angeles in October 2017. 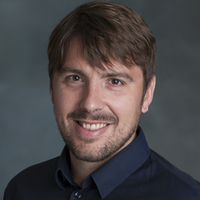 Alessandro Rigolon (PhD 2015), assistant professor in the Department of Recreation, Sport and Tourism at the University of Illinois at Urbana-Champaign, published an article with Associate Professor of Urban and Regional Planning Jeremy Németh in the Journal of Urban Affairs, “Privately owned parks in New Urbanist communities: A study of environmental privilege, equity, and inclusion.” The article shows that many New Urbanist developments like Stapleton and Lowry are incorporating privately owned parks and public spaces into their communities. Although these parks increase the total amount of green space in these communities, the authors find that they are inherently less inclusive than publicly owned parks in truly urban areas of the city. 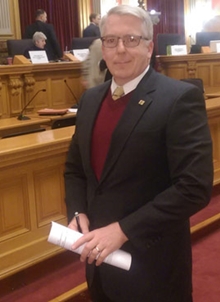 David Sprunt (MLA/MUD 2009), independent landscape designer and vice president of government affairs and advocacy at ASLA Colorado, was named the recipient of The American Society of Landscape Architects 2017 Advocacy Leadership Award for his work on Colorado's landscape architecture licensure bill. The Colorado landscape architect licensure bill SB 17-218, which continues the regulation of landscape architects by the Division of Professions and Occupations in the Department of Regulatory Agencies until 2028, passed on April 27 and was signed by the governor. David has been advocating and working on this project for well over a year.With great enthusiasm, the jury recited the following during the announcement: “David recognizes the importance of using his passion for the profession to motivate fellow professionals to action. What is especially striking about his efforts is the fact that he has never actually practiced landscape architecture. As a second career professional, joining landscape architecture after a long career in the Coast Guard, David has thrown an incredible amount of energy into this effort, expressing no regard to how it might benefit him personally.” They concluded by stating how David’s efforts will be a model for other states as deregulation efforts continue to spread. 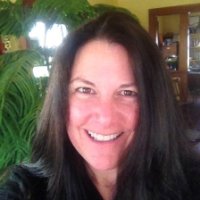 Bambi Yost (MLA/MURP 2005), has been awarded tenure and promoted to associate professor of landscape architecture at Iowa State University. She is is co-author of a peer-reviewed article published online in Landscape Research Record 5, “Making Room for Risk in Play Environments and Play Standards.” Also, she shared lessons learned from her time as project manager and researcher on Denver Public School’s Learning Landscapes schoolyards in a session titled “The Future of Schoolyards and Strategies to Work with School Communities to Get Things Funded and Built” at the US Play Coalition 2017 Conference on the Value of Play April 2-5, 2017, at Clemson University.