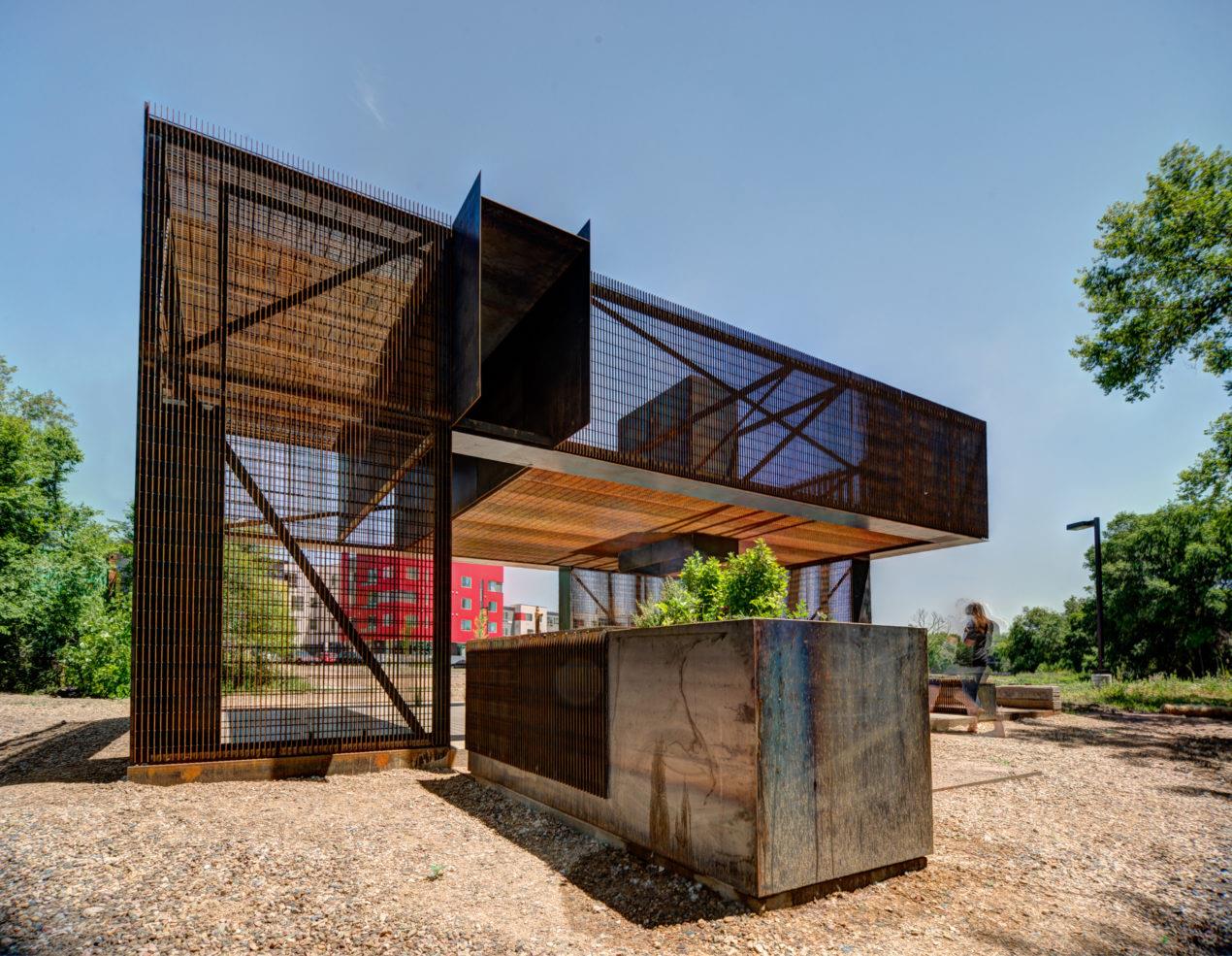 Lamar Station Crossing is a new development by Metro West Housing Solutions, the housing authority of Lakewood, CO. The PUD is adjacent to one of the newest Lightrail lines in Colorado, the W line to Golden. The housing authority approached Colorado Building Workshop about designing a classroom to educate the residents about urban farming. The site is located in the panhandle of the property along the Lakewood Gulch. Given the up-and-coming characteristics of the neighborhood visibility into the classroom and vandalism were concerns. The solution was a steel bar grate structure that provided “dynamic” transparency. The orientation of the classroom allows for views into the space by staff sitting in their office while simultaneously allowing privacy for those learning in the classroom. When approaching the classroom on the path the structure continually gets more opaque due to the orientation of the vertical louvers. The bar grate skins carry the majority of the building load all but eliminating the need for columns and vertical web members. Once inside, the classroom subtly divides itself into three spaces. A large steel gutter that terminates in a wash station and planter marks the entry. A mobile table, and skylight, defines the classroom space directly east of entry, while the stage west of the entry opens to the future raised beds and amphitheater seating.