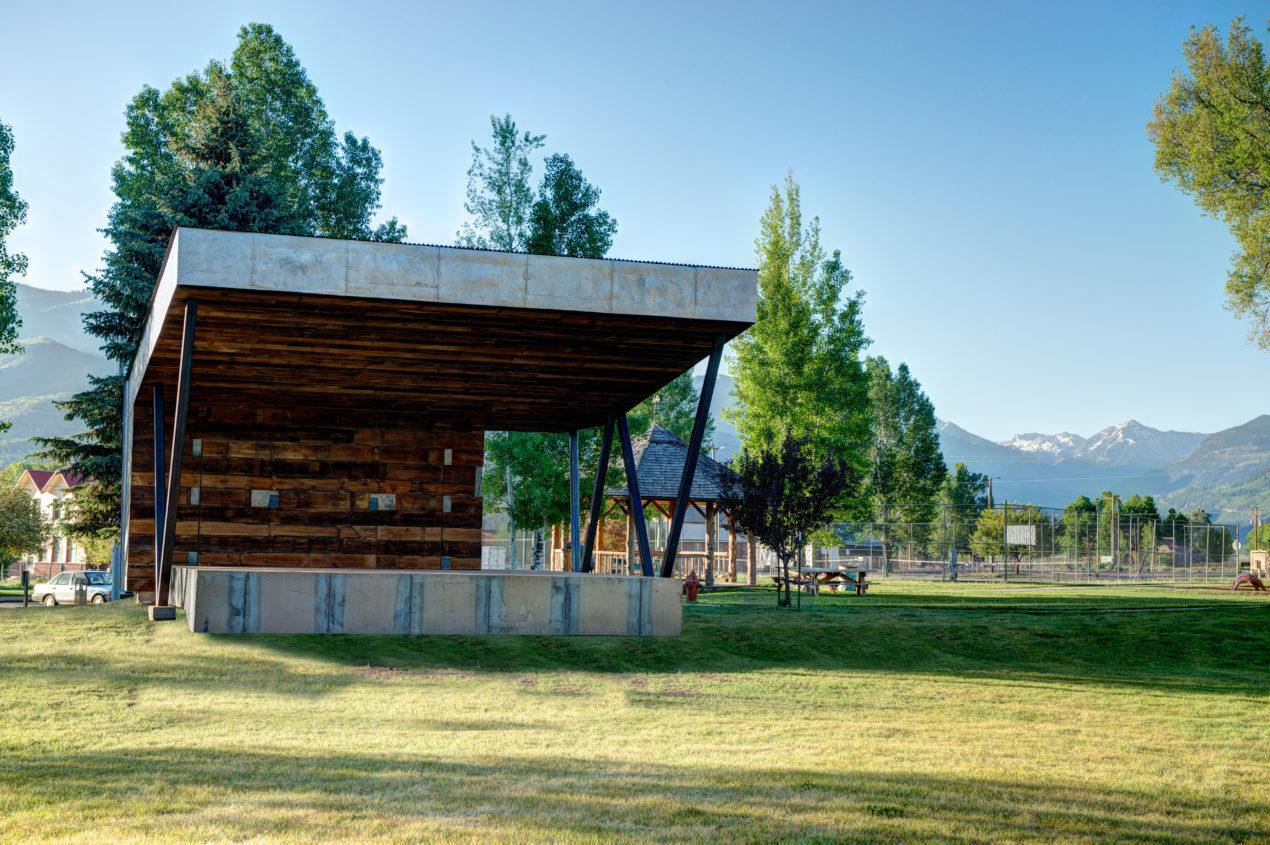 The Ridgway Performing Arts Stage was derived from an intense study of amplified acoustics and crowd visibility. After meeting with several consultants it was determined that a singular roof and back storage wall would best allow amplified music to be played in the town park. This initial gesture would also maximize visibility for the crowd, giving views to the performance and surrounding mountains, while denying views to the parking lot beyond. The material palette pulls from the historical town or Ridgway. Once a railroad stop on the Uncompaghre River, Ridgway served the nearby towns of Ouray and Telluride. The town is now considered the Gateway to the San Juan Mountains. Reclaimed barn wood gives warmth to the stage, which is contrasted by the Core-ten roof and fascia. The metal will patina to red, matching many of the historic elements in town.
(1/11)
(2/11)
(3/11)
(4/11)
(5/11)
(6/11)
(7/11)
(8/11)
(9/11)
(10/11)
(11/11)
Jordan Borkovec
Megan Brankamp
CK Dohrmann
DJ Gratzer
Marcus Johnson
Eva Kirkman
Afsaneh Makooi
Brian Martin
Laura Mears
Aaron Michalak
Jenna Nelson
Lauren Peterson
Nathan Sandberg
Jennifer Reece
Christine Walsh