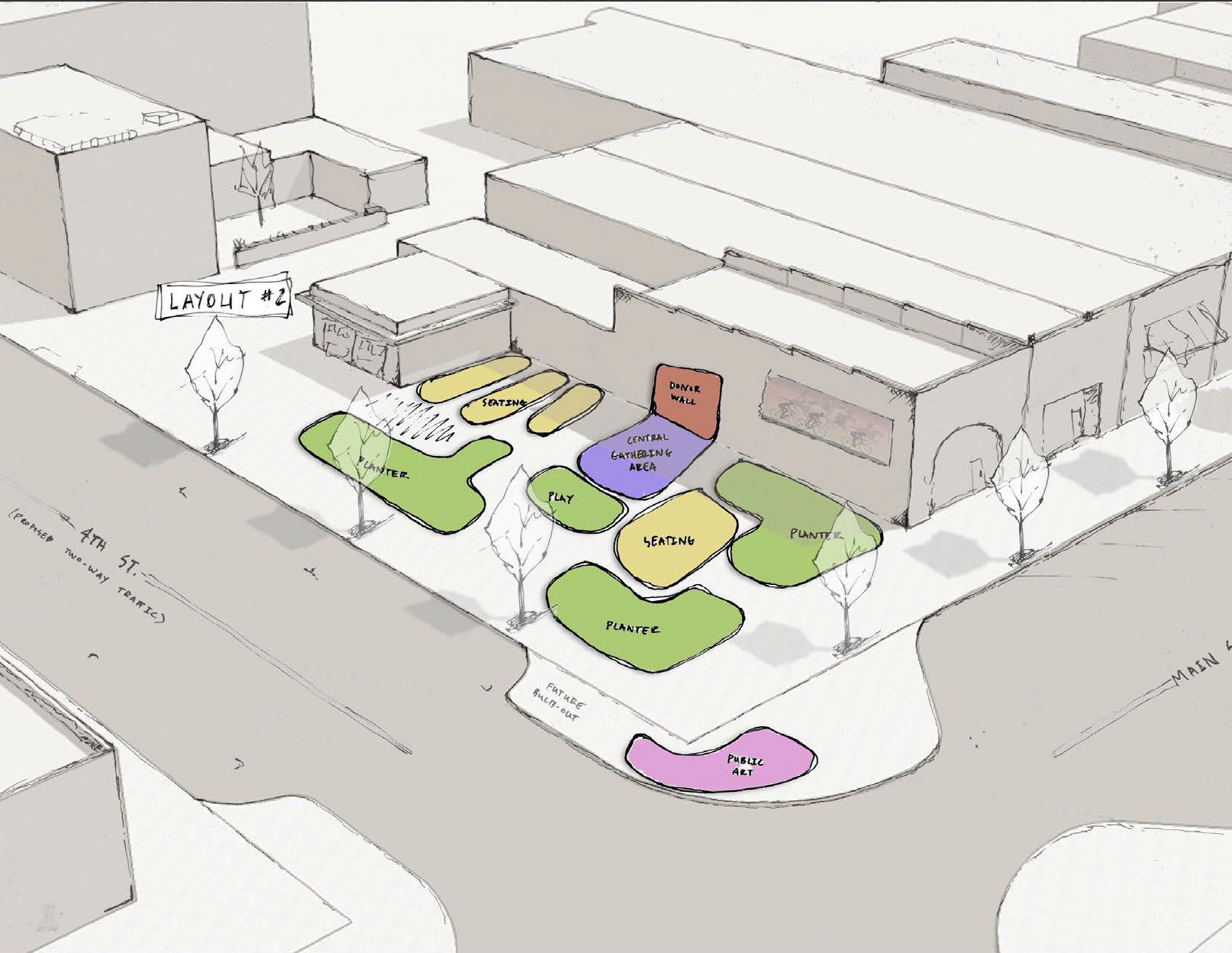 The City of Sterling, along with additional partners are hoping to redevelop a site in the historic central business district into a public plaza and public amenity. The site sits at an important intersection of Main and 4th Streets and acts as a gateway to the charming downtown. Formerly a gas station, the site now houses a two-bay garage and glass walled structure and is home to a local bike shop.

The City of Sterling selected the Colorado Center for Community Development to develop conceptual plans. The team began the project by collecting public input and performing site analysis to make sure that any solutions would be appropriate and supported by the public. Several design iterations, influenced by local Logan County inspiration, were created and presented again at a public meeting in Sterling. Feedback was incorporated and the best aspects of each design were combined to create a final design that is welcoming and functional. We hope this project will become a space that residents can be proud of and will help support the activity of the downtown core.