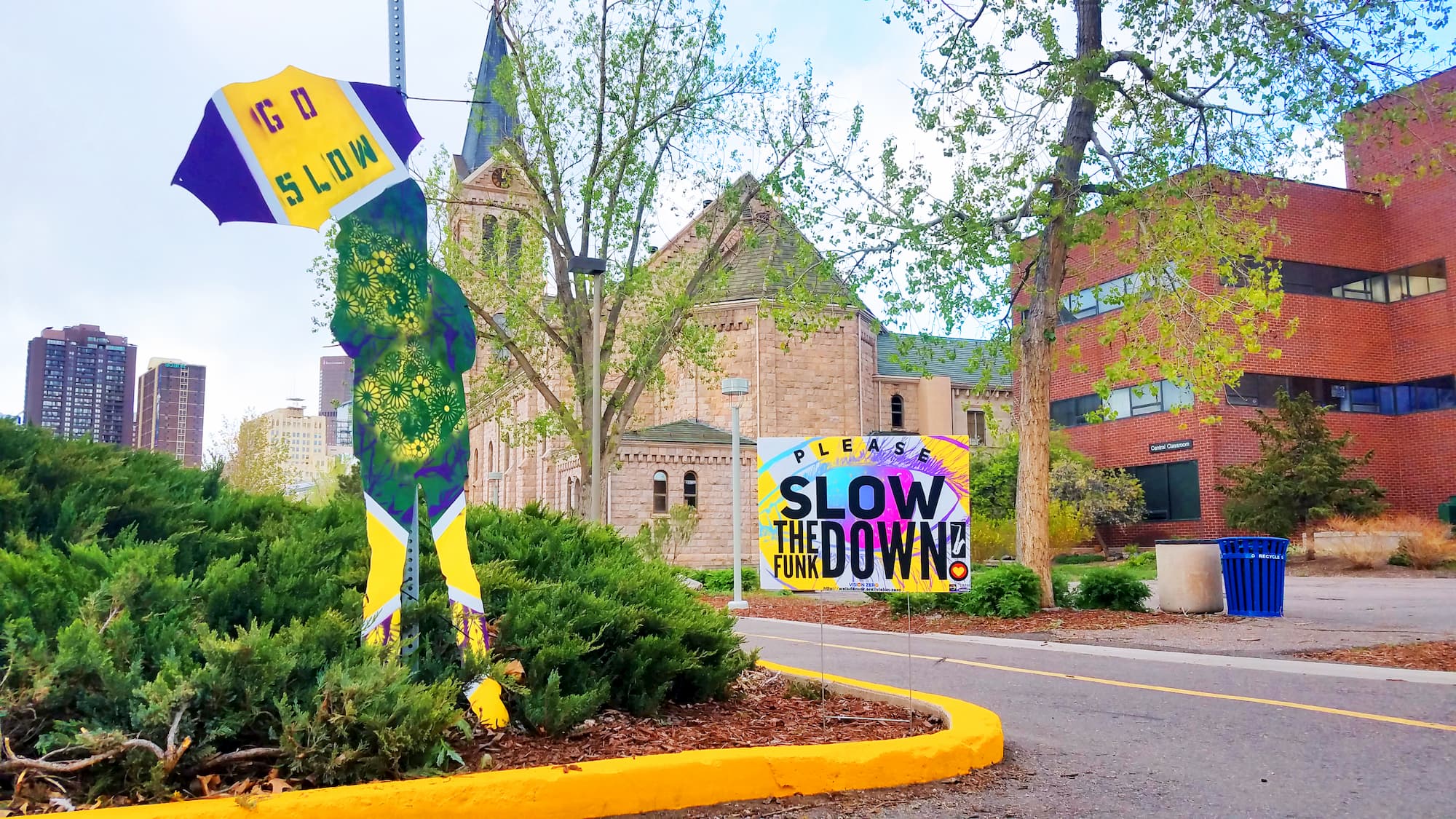 In January 2019, the WTS Colorado Student Chapter launched the Auraria Vision Zero project after receiving a grant from the City and County of Denver’s Vision Zero Community Program. The project, which is part of Denver’s larger effort to promote safer streets and eliminate traffic fatalities, will bring public art, signage, and new lighting to several key areas around Auraria campus to slow traffic speeds and raise awareness of the Vision Zero project. The seven project locations around campus – which include areas along Auraria Parkway as well as the intersection of Speer Boulevard and Larimer Street, were chosen to draw attention to areas that have been identified by people traveling in and around Auraria campus as posing a safety concern. Read more about the project below:

Project Overview
WTS launched the Auraria Vision Zero project in January 2019. Since then, the WTS team has met four times as a group and three times with Auraria’s campus planners to coordinate planning. They have collected input from about fifty students through the administration of an on-campus survey and they have individually and collectively walked campus to observe areas of conflict between mode users and collect counts of incidences of interest (i.e. people walking, bicycling, using a wheelchair, running red lights and stop signs, etc. ). The collected data will be included with long-term recommendations in the final report to be completed in Summer 2019. WTS also tabled at the 2019 Earth Day fair to promote Vision Zero and collect additional input on long-term traffic safety improvements for the Auraria community.

WTS kicked off their first intervention on Saturday, May 4, when WTS members and other students met for a Silhouette Painting Party. During a sunny afternoon, they painted life-sized silhouettes of pedestrians in bright eye-catching colors. After painting, the silhouettes were installed at key locations around Auraria Campus with accompanying Vision Zero signage developed by WalkDenver. The art project was on display for nearly two weeks.