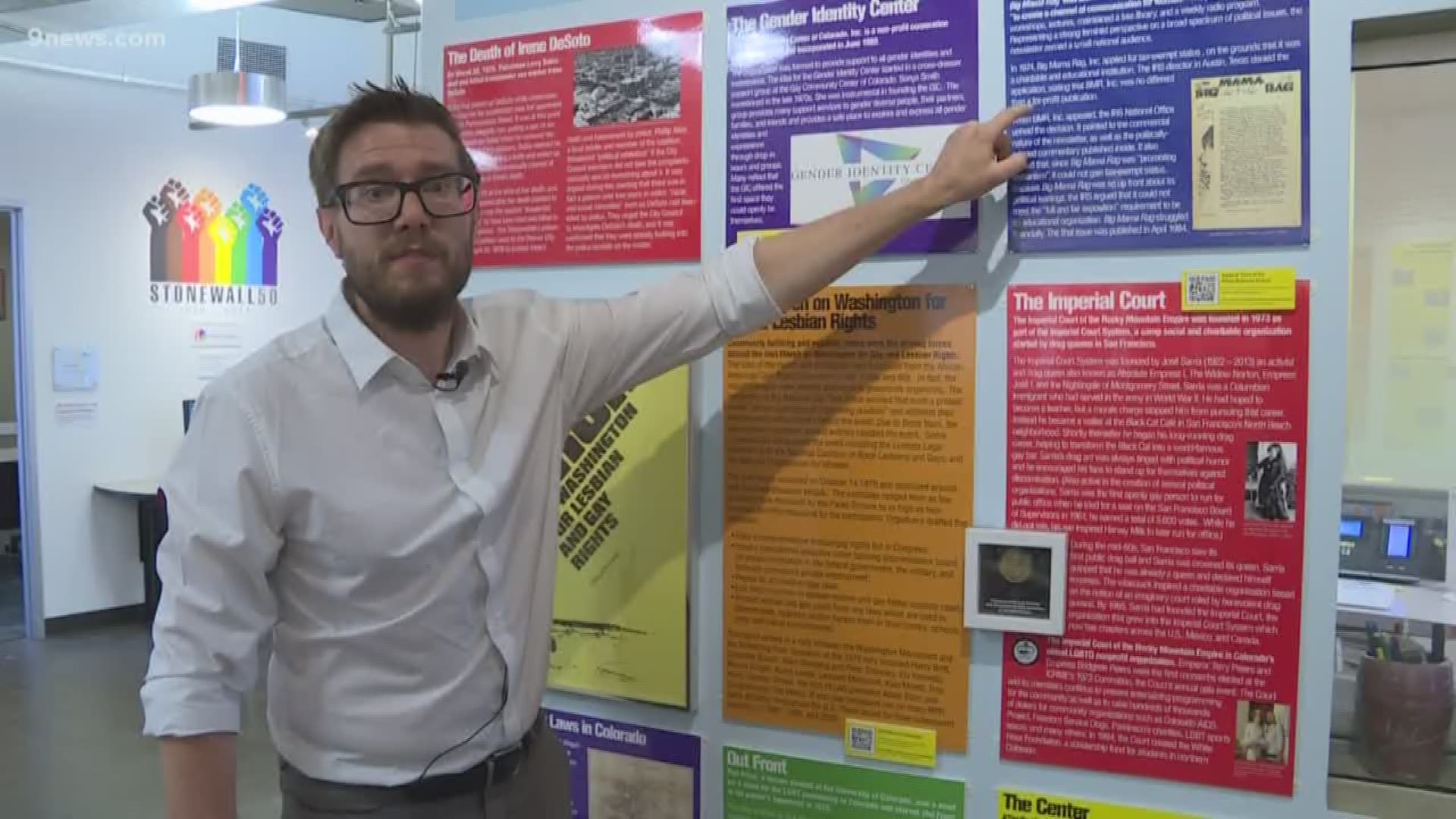 When Smiley’s Laundromat—an East Colfax institution—closed for good in 2013, its days as a “beehive of humanity and insanity” were mourned. Then in 2017, when demolition threatened the building that housed Smiley’s, local preservation voices engaged in the now familiar dialogue with developers to find a way to mix old with new, to save its art deco design and its less tangible, but still significant, contributions to the infamous streetscape. Today the building remains in a liminal space between one life and the next with boarded-up ground floor windows, an empty sign band, and vacant gaze from its upper floors. For Denver-based writer and historian David Duffield, the endangered place is not only a physical placeholder of time, but a vessel of memory connecting the past to the present— specifically for Denver LGBTQ history—with the building serving as an important waypoint on his walking tour highlighting moments of change.

As Smiley’s was shuttering and civil union battles raged at the State Capitol, Duffield’s devastation moved him to action. “I decided something had to be done,” he says. After surveying 32 similar projects around the country, Duffield launched a pilot LGBTQ history project with The Center on Colfax, creating a plan to capture and catalog sources from Denver’s past.  Since its inception, the project has recorded 105 oral histories and tripled the number of LGBTQ-related archives at the Denver Public Library. Along the way, Duffield has realized many firsts around Colorado’s LGBTQ history, including developing its first exhibits and organizing a regional history project on the Western Slope, creating lessons plans, and installing the first public art dedicated to LGBTQ history.  As the Center’s History Project coordinator, he has documented everything written about Colorado LGBTQ history and continues to work with scholars researching the subject. His day job? He is a CU Denver MA History candidate and teaches World Civilizations to middle schoolers.

Inspired by work in San Francisco, L.A., Charlottesville, Chicago, and other cities to produce LGBTQ-focused historic context studies, Duffield sees creating such a survey as a long-term goal but continues to innovate in the delivery of Denver’s history as he develops tours for wider public reach. His efforts include a series of self-guided tours that can be accessed via GeoTourist.  He has even drafted tours for 19th-century Denver, identifying waypoints as early as 1880. “The map of Denver is now replete with so many LGBTQ places,” he says, noting that preservation vocabulary like “significance” and “integrity” plays only a minor role in deciding what to highlight. In fact, he searches out places people don’t know about, with the elevated awareness bestowing a certain permanence. “They cannot be altered,” explains Duffield of the collection and diffusion of LGBTQ history. “Once inscribed in the public landscape, like the roots of a tree and the forest that grows in around those places, the human heart seeks and deserves that sense of permanency.” Just as Duffield’s tour recognizes Smiley’s Laundromat as the first in the city to employ transgender individuals, this act of acknowledgment gives those individuals “value in regard to the historic record.” He adds, “There is great historical and spiritual restoration that occurs for people when they can claim a heritage.” For now, Duffield is shepherding this effort, one tour waypoint at a time.